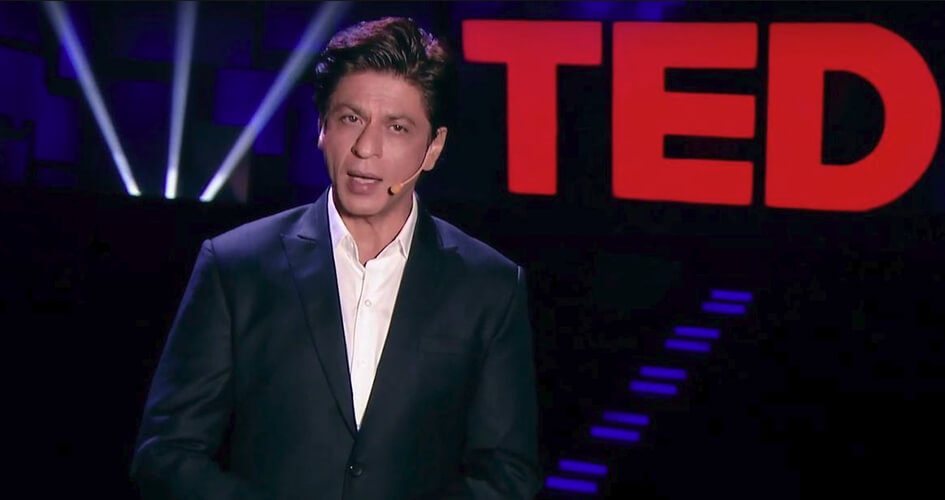 Imagine a diabetic person buying a carton of ice-cream simply because it was a famous brand that was on sale that week. Is it right? Will it be considered a good decision?

That’s how I feel about Shahrukh Khan being the face of TED Talks. It is a decision made out of temptation because perhaps SRK has dropped his price and needs more work these days. TED has given in to that temptation, forgetting all about its own persona and why people love the property so much.

I have seen brands do this to themselves time and again. Where they choose a face that is either overshadowing the brand itself, or is a complete misfit. My previous article on Messi and TATA Tiago was on this same topic and garnered a lot of attention. But here I am again, pained by the choice TED has made!

I have always maintained that brands are like people. They have personalities, principles, an image and a story. Just like you and me. Some know who they really are and what they stand for, and some don’t. Those who are clear about themselves have very loyal and close friends (or customers) who like the brand for it’s clarity and honesty. Others go from party to party, right swipe to right swipe, hoping to strike a chord with a few and are eventually forgotten.

I admire brands that are true to their identities and personalities. Those that do not lead double lives. Those who are not lured by fame, or money. Those who know exactly why people love them and respect them. This is not to say that I only like niche brands. Mass appeal is equally impressive, if that is who the brand really wants to be. Point is to stay true to who you are!

TED talks is one brand that knew what it represents. It came from a place of honesty and really walked the talk. TED is a stage where world’s voices from all cultures, religions, ethnicity and nationalities meet. It is where our thinkers, artists, teachers, doctors, politicians, writers, musicians etc all come under one roof to share their thoughts about the future. A brand that has substance, values, an ideology, and fearlessness. It is a brand that wants to make a difference in the world!

Everything that SRK doesn’t stand for. Don’t get me wrong. I admire SRK as a brand because he is also very clear about what he represents. SRK is a brand that is very fluid, entertaining and casual. Unlike an Aamir Khan or Amitabh Bachchan who say no to certain endorsements if it comes in the way of their principles or ideologies, SRK has made a living by being the brand of choice for those who are non controversial, light-hearted, safe and entertaining. There is little depth or substance that comes with SRK. He is not interested in changing the world. What you can surely expect is entertainment, star power and of course charm to reach the masses. That is what has made “SRK the brand” a huge success in the ad world! We are a country that loves our stars. Here is a man who has endorsed everything from vests, to colas to paints and even apps just by playing himself. And he likes it that way.

Anything serious or educative or remotely grounded is not something that SRK will be a great choice for. Look what happened with KBC? They tried SRK but it just didn’t work. Why is that? Because he had to play an empathizing role. He had to not be SRK but a simple human being who interacts with everyday people. Now this is not SRK’s strength. He is best at playing the star. Unlike Big B, who is known for his down to earth personality and his want to connect with the citizens of the country.

TED and SRK are a match made in hell! It is a real tragedy to see a brand with so much promise and substance, give in to the temptation of SRK. In my mind, TED is larger than any celebrity that might endorse it. So this is very sad to see and bothers me a great deal. While I know this alliance will tell more people about TED talks. I know the mass appeal will come, but what will also come with it is entertainment, drama, and silly jokes. Unless SRK is looking to transform his brand through TED! If that’s true then it just reeks of desperation on both sides in my opinion!

This is a lot like what happened with Masterchef Australia and Masterchef US. The latter was so customized to the US market that it divided the world wide audience for the property. Australia was all about the cooks and US was about Gordon Ramsay. Both are successful formats, but what is it that Masterchef really wanted to stand for? That is the real question. And as Oprah said “Don’t settle for a relationship that won’t let you be yourself”, I urge TED talks to do the same!